Somali Radio Journalists in the capital Mogadishu have gathered in an event to mark world radio day on Friday13th.

The theme of the function was dubbed “the role of the youth in peace building” in the war torn state that is still recuperating from more than two decades of civil war.

Several directors of key radio stations in Somali capital, Mogadishu have attended the event which was organized by Somali Independent Media Houses Association (SIMHA) which brings together more than 30 stations mainly from the south and central Somalia and Centre for Community Awareness (CCA).

The Chairman of SIMHA Hassan Ali Gesey has called upon Somali radio journalists to take the opportunity to remember their colleagues who lost their lives in line of duty.

“we need to pay our tribute to Somali radio journalists who lost their lives and those who sustained injuries while on their professional duty,” he said.

He added that the annual event should also recognize other challenges faced by Somali radio journalists across the country.

On his part Somali Presidential spokesman Daud Aweys who was one of the key speakers in the event has stressed the need for Somali radio stations to generate content that is useful to remote population saying majority of Somali citizens are pastoralists.

“When we evaluate our development in the media particularly radio, we should not focus more on the urban centres since majority of our population live in rural areas,” he said.

“Somali Radio stations should reach out and generate content that are relevant to our rural population,” he added.

World Radio day event was first proclaimed on 3 November 2011 by UNESCO‘s 36th General Conference. It was originally proposed by the Kingdom of Spain. The first procedure was in January 2008 by the president of the Spanish Radio Academy, Mr Jorge Álvarez, by letter to the director general of UNESCO, Koichirō Matsuura.

Brussels Forum Does Not Concern Us, Somaliland President Says 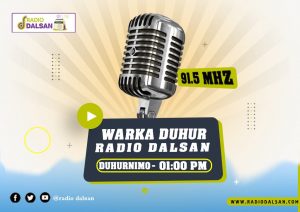 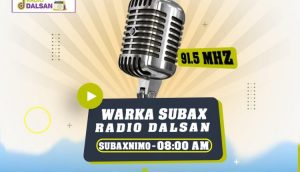 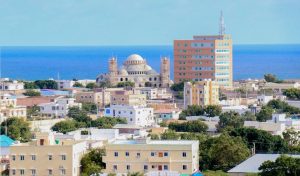