US drone strike have targeted Al Shabaab base in lower Shebelle region in southern Somalia.

The governor of Lower Shabelle region Abdikadir Mohamed Nur has confirmed the attack to the media.

Nur Sidi said the attack happened at Torato and Ambereso towns in the region.

It is not immediately clear the damages of the assault.

The drone attack comes few days after Somali Defense Spokesman Mohamed Yussuf confirmed for the first time that the government will deploy drones to intensify its fight against armed group Al Shabaab. 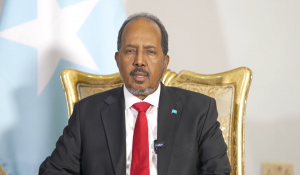