The Special Representative of the Chairperson of the AU Commission (SRCC) for Somalia and Head of AMISOM Ambassador Maman Sidikou yesterday led a delegation to Beletweyne, in South-Central Somalia to engage with the troops as well as the population  and devise means of supporting them better.

The SRCC visited together with the European Union Special Envoy for Somalia Michele Cervone d’Urso, with the delegation also comprising of the Djiboutian Ambassador to Somalia Dayib Doubad Robleh and AMISOM Deputy Force Commander in charge of Support Maj. Gen Nakibus Lakara among other dignitaries.

The visit sought to establish the challenges faced by the AMISOM troops in the sector and what support AMISOM and EU can provide to address them; tackling aspects such as logistics, equipment, vehicles and troops movement, among others.

Speaking after the meeting, the SRCC Amb. Maman Sidikou said “We have come to discuss with our friends the Djibouti and Ethiopian contingents. Beletweyne is a model in a sense, because here Djibouti and Ethiopia are putting their strength and intelligence together to not only fight and defeat the enemy but also support with capacity development of SNA. I believe we had a very useful discussion. I have listened to the military discussion amongst themselves and in particular we also have EUTM with us. EUTM is an ally that would clearly help us with good practices, with better capacities in terms of the training we are doing together at Al Jazeera camp in Mogadishu but it has to be extended to the regions”.

The EU Special envoy Michele Cervone d’Urso said the visit was very crucial in identifying ways through which AMISOM troops and the Somali people in Beletweyne can be further supported.

“Today is a special day; it is the first time over ten years the European Union is back in Beletweyne. It is a joint mission between the European Union and AMISOM. It allows us to take stock of the needs of the population and see where we can help. It is also an opportunity to see what stage we are with the AMISOM offensive in Sector 4. AMISOM is doing a great job and it is important to show solidarity to the Djiboutian contingent and the Ethiopian Contingent but above all, we want to make a difference in the lives of the population,” he said. 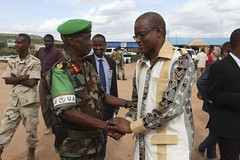 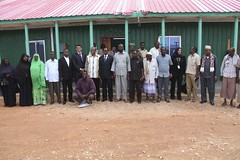 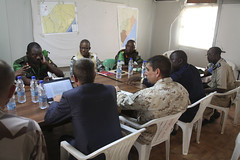 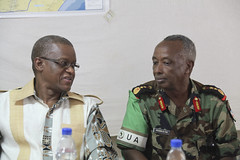 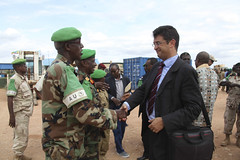 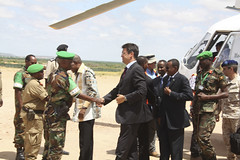 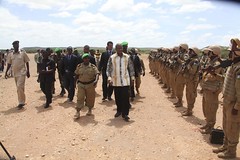 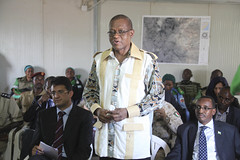 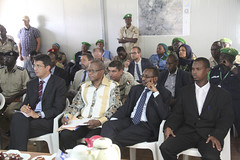