According to government sources they were planning attacks against internationally backed administration of Mogadishu.

No further details from the government concerning the arrest made.

Al Shabaab has several fighters from the neighboring countries among its ranks.

The group released high definition video on the attacks it carried out inside Kenya last year. 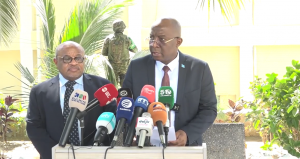