Nimo Abdillahi Muhumed knows a thing or two about patience.

The 36-year-old spent almost two decades building up her small business selling vegetables, clothing, perfumes and cosmetics in a store at the Waheen Market in Hargeisa, the largest marketplace in Somaliland.

“It was a great shock because my business was consumed by fire after it had grown so much, after a long period of building it up,” Ms. Muhumed says.

She was one of the 5,000 small, medium and large-size business owners whose establishments were destroyed in a blaze which destroyed the Waheen Market. The value of the goods lost in the fire was estimated to be around $1.5 billion, and some 12,000 jobs were believed to have been lost, according to the Joint Report of the Effects of the Waheen Market Fire issued by the Somaliland administration and the UN Interagency Mission on 10th May 2022. 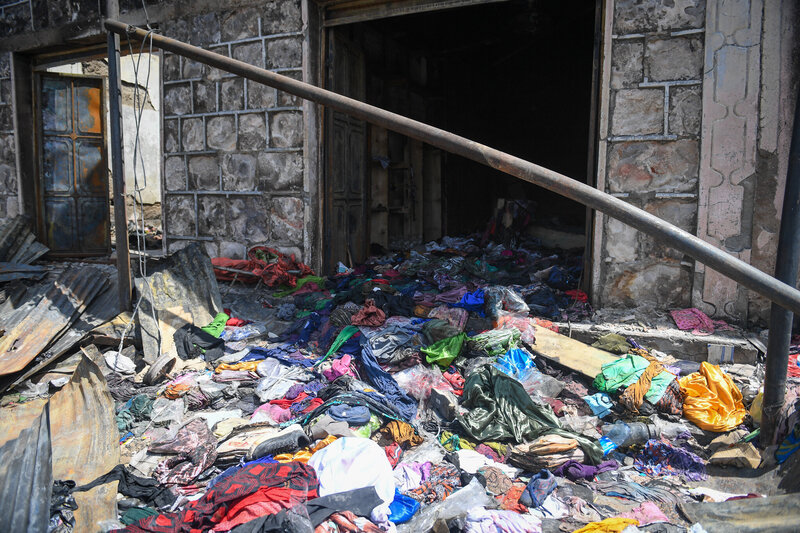 Being a small business owner had not always been Ms. Muhumed’s dream.

Born and bred in Hargeisa, she attended local primary and secondary schools but was unable to continue with her higher education because of financial challenges. Her focus turned elsewhere. She first started selling vegetables in Hawaadle neighbourhood and, subsequently, expanding her wares and her aims in Waheen market.

“I started a business because I had a big dream of becoming a millionaire entrepreneur,” she says. “The initial phases of building the business were like a tortuous road as there was a small number of customers, but it picked up steadily to become profitable.” 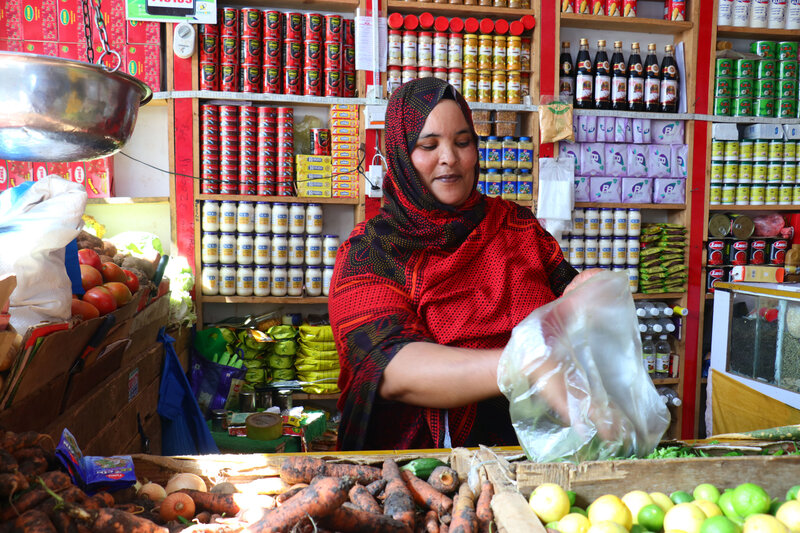 The business’ success was important beyond Ms. Muhumed’s personal goals – her mother, five siblings and three nephews depend upon her as the family’s sole breadwinner, and she had three salespeople relying on their employment for their own families’ needs.

Her stock was worth $25,000 when the fire destroyed her business. Records of loans she had obtained from lending institutions, as well as customer dealings, were also destroyed.

Following the blaze, the United Nations sent a team of technical experts to support on-the-ground relief and reconstruction efforts. The assessment team recommended the building of a high-rise structure at Waheen market so as to accommodate all businesses including those on the streets beside the market and identified six temporary locations for the people who had lost their businesses.

The assessment also resulted in some business owners receiving small grants from the government – Ms. Muhumed was one of those awarded a grant.

“Everything happened because of God’s will, and we are now working hard to recover. Somalis have a saying that, ‘falling is not your fault, but failing to stand up again is,’” she says. “I have now opened a small business out of the ashes of my bigger one. It is in a temporary location.”

Rebuilding her business from a new site, located about a kilometre from the ruins of the Waheen Market, has not been easy with her usual clientele dispersed.

“It’s hard to find all my customers as soon as I would like. It will take time. But we are working hard, and we will not give up,” says the 36-year-old trader. “Regardless of what happened, I’m very optimistic now. I still have my dream of becoming a millionaire, and I will one day become one.” 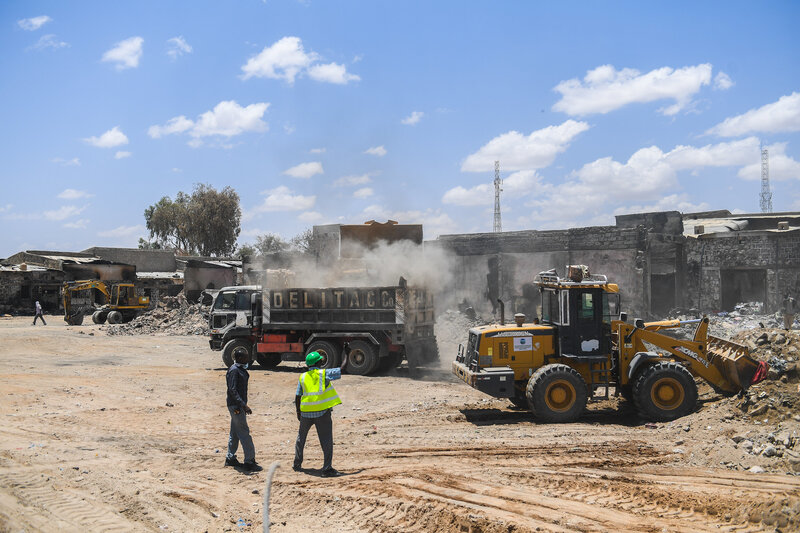 Regardless of the obstacles, Ms. Muhumed hopes to return to the Waheen Market location once it has been rebuilt.

“The details we have are scanty. We now know that the market will be rebuilt. Everyone hopes to get space and be able to trade at the famous Waheen market again,” she says.

“We are committed to do our best to recover from the loss; however, we cannot do it alone so we need the support of the international community and any other entity that would like to support us,” she adds.

And as tough as the rebuilding of her business may be, Ms. Muhumed is aware that others have also had a difficult time.

“The government compensated me with $1500. I gave $750 of that money to a young lady who used to run a small henna business next to my shop so that she could revive her business. We weren’t close friends, but I empathized with her situation when I saw it,” she says.

In June, the authorities in Hargeisa showcased an attractive and modern design of the future Waheen Market and said that the construction work would start this year. However, it was not specified when the work would finish. 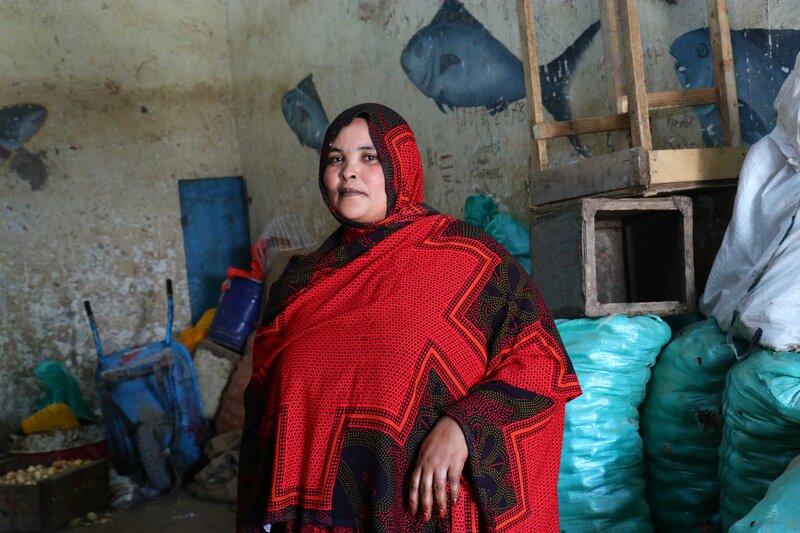 A Gender Gap Assessment conducted in 2019 by the Nagaad Network, an umbrella group made up 46 local women’s organisations across Somaliland, found that women in Somaliland have less than 50 per cent of the employment and finance opportunities than those offered to men.

Furthermore, a lack of access to finance is the barrier for women to sustainably grow their businesses. While access to the formal banking system is limited in general, women face greater barriers to financial means than men. Men, for example, are twice as likely as women to have an account in their own name at a financial institution.

According to the United Nations, empowering women to participate fully in economic life across all sectors is essential to build stronger economies, achieve internationally agreed goals for development and sustainability, and improve the quality of life for women, men, families and communities. The private sector is a key partner in efforts to advance gender equality and empower women.

Ahmed Rashid, cop credited for Eastleigh’s Security to be charged with murder

PM Hamza Meets With The New Qatari Envoy To Somalia