Last weekend, Zeinab Abdalla walked across the stage at her graduation from the University of St. Thomas in Saint Paul, Minnesota. Less than 24 hours earlier, she was in a hospital giving birth to her daughter.

“I had my baby last night!” Abdalla said excitedly in a school video after walking across the stage. “I’m so happy.”

Abdalla earned her master’s degree in autism spectrum disorders and plans to get her PhD, according to KARE 11. She described making it to the ceremony after the delivery as a “struggle,” but said she knew she couldn’t miss her big day.

“On Friday morning my water broke and I was telling my husband, ‘My graduation is tomorrow,’ ” she told the station. “I wasn’t planning this. And he said, ‘It’s in God’s hands.’ ” 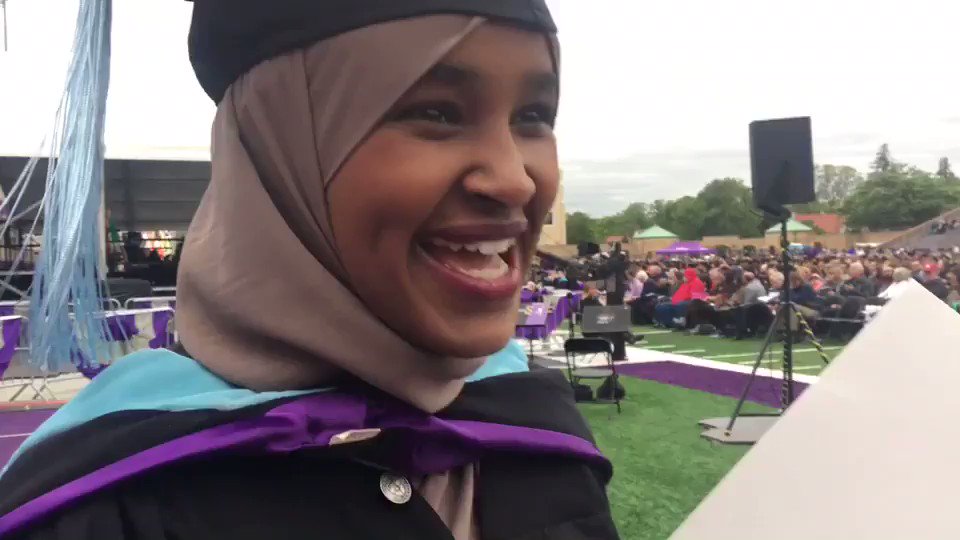 She said she gave birth to the little girl around 8 p.m. local time. The graduation ceremony began at 5 :30 p.m. the next day.

“Thank you to the University of St. Thomas for being there for me, supporting me through nights and days that I was sick [during my pregnancy],” she said in the video. “I made it!”

Abdalla sported a big smile as she showed off her diploma. School officials praised the mother alongside the tweeted video, writing, “Zeinab Abdalla just had a baby girl last night! She still made it to the graduate ceremony to get her master’s degree. Amazing! #tommiegrad #UST2018.”