An Imam and three worshippers were killed at a mosque near Durban in South Africa when three armed men with guns and knives attacked worshippers, slitting their throats, an emergency service official said on Thursday.

“One of the three has just died on his way to hospital. The other two are in critical condition,” said Prem Balram, a spokesman for Reaction Unit SA who was first on the scene.

The motive of the attack was not clear, he said.

The Imam of the mosque was said to have died.

“The imam, who had his throat slit, has passed away a few minutes ago due to his injuries,” Paul Herbst, spokesman for the private IPSS medical rescue service, told AFP.

AFP said three attackers escaped in a Hyundai car from the Imam Hussain mosque in Verulam town on the outskirts of Durban.

Balram, spokesman for Reaction Unit South Africa, said he had arrived at the mosque to find two victims covered in blood lying in the forecourt of the mosque.

He said a third victim had been attacked inside the building, which was then set alight, and had jumped up of a window.

“Eyewitnesses said three attackers with guns had used knives to slit the victims’ throats. One knife was left behind,” Balram said, speaking from the scene. 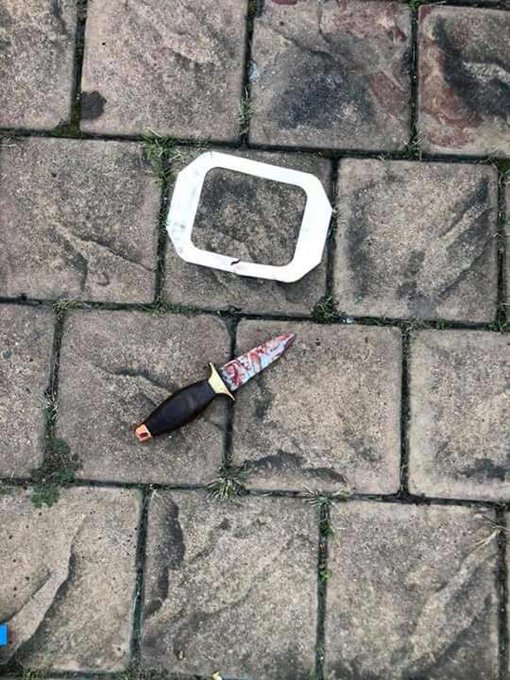 “There have been theft and robbery incidents at mosques before, but not like this when nothing appears to have been taken.”

He said all the three were seriously injured, with two in a critical condition.

They were rushed to nearby government and private hospitals.

The police confirmed the incident, but gave no further details.

South Africa has a history of relative religious tolerance.

About 1.5 per cent of the country’s population is Muslim.